The Academy of Theatrical Combat NYC & SAGA Action Arts have teamed up to present, THE ACTION HERO ACADEMY, a collaborative training experience for actors and stunt performers looking to master multiple disciplines of combat, action performance, and acting for film and television.

WHAT SKILLS ARE TAUGHT AT THE ACADEMY? 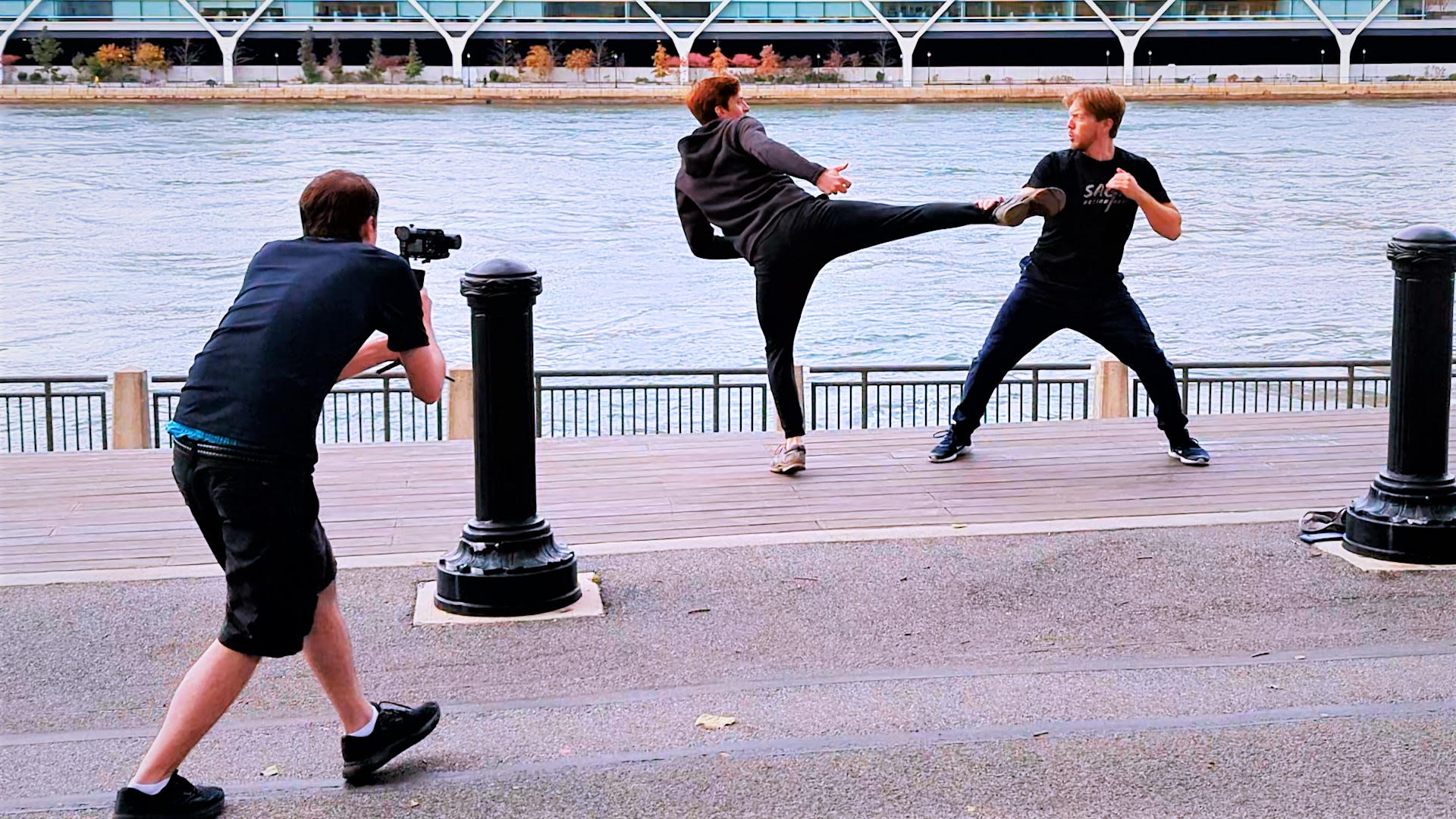 Featuring training in Cutlass, Broadsword, Staff, Rapier & Dagger, Smallsword, Katana, and more! – This is a highly developed and industry-proven curriculum as taught by ATC and some of Hollywood’s leading swordfight designers, choreographers, and coaches!

The SAGA weapons system draws from various styles of Filipino Martial Arts. Learn the combat style that has taken the industry by storm in films/tv shows such as Dune, Arrow, Deadpool, and the Jason Bourne franchise.

Brawling makes up the majority of violence in film and serves as a foundation for all other styles of film fighting. Our brawling curriculum focuses on giving students the tools necessary to ensure any hand-to-hand fight they perform is safe AND looks great on camera.

Learn to get around on the ground – SAFELY! Upgrade your ability not just to fight, but take the hits that will make your character’s journey that much more dramatic.

Improve your action adaptability and get your blood pumping as you are introduced to both the practical and theatrical implementation of various forms of martial arts.

Build dynamic strength, flexibility, agility, and mobility that will add real flair to your action performance.

Learn how to make choreography “look real” from any camera angle. The more performers and choreographers understand how the camera sees combat, the more effective their action will be and the less takes they will need to create a sense of realistic danger and excitement. Co-taught by the Academy of Theatrical Combat & Saga Action Arts, this mixed-level class focuses on unarmed combat AND the acting skills necessary to portray realistic combat and violence for any genre of TV, Film & Stage.

Students begin by building a foundation in safety mechanics and the performance techniques of punches, kicks, blocks, rolls, falls, throws, grappling, etc. Intermediate and advanced students build on these basics in order to master more complex fight sequences, as well as learn to choreograph their own theatrical fights.

All students train in learning choreography, quickly bringing fights to the performance level, and integrating combat into scene work. Students perform for camera in every class, including filmed fight scenes that receive feedback from professional Hollywood Fight Coordinators.

Enhance your combat skills by training with a variety of Filipino Martial Arts (FMA) weapons including: knives, Kali sticks, and short swords like machetes. Students will learn techniques using various weapons combinations, such as double-sticks and “espada y daga” (sword and dagger), while also learning the basics of FMA’s empty hand striking techniques, including trapping and disarms.

Each class will include learning choreography featuring multiple ranges of attack, rhythmic sequences, and how to safely enhance the sense of danger necessary when fighting within close quarters or against multiple opponents. Fight sequences will be filmed for camera, and video will be provided to students to review, edit, and potentially use for their training reels.

This style of fighting finds its roots in the same martial arts systems used by some of the biggest modern stunt teams, with FMA as the basis for choreography in films and TV shows like DUNE, Book of Eli, Jason Bourne, Arrow, Black Widow, DareDevil and dozens more, making FMA an exceedingly beneficial system of fighting to have in a fight performer’s toolkit.

Following the Academy of Theatrical Combat curriculum, this mixed-level class focuses on sword combat techniques AND the acting skills necessary to create character-driven sword fighting scenes that build a sense of danger & excitement.

Students begin at the basic level, covering safety and the primary techniques of Broadsword (Game of Thrones, The Witcher, LOTR) and Cutlass/Single Sword (Pirates of the Caribbean, The Duelist, Hook). Intermediate and advanced students continue mastering these weapons along with quarterstaff, double cutlass, single rapier, rapier and dagger, smallsword, katana, and more.

All students train in learning choreography, quickly bringing fights to the performance level, and integrating combat into scene work. Students perform for camera in every class, including filmed fight scenes that receive feedback from professional Hollywood Fight Coordinators.

$40
Drop-ins are available for Brawling and Kali Classes only.

50% OFF WHEN YOU SWORD FIGHT W/ FRIENDS!

Sword fighting is always more fun with a friend! This is why we are offering a FIGHT WITH FRIENDS DEAL on our Hollywood Sword Fighting classes. Sign up with a friend and you both receive 50% off your first month!

EMAIL US TO REGISTER 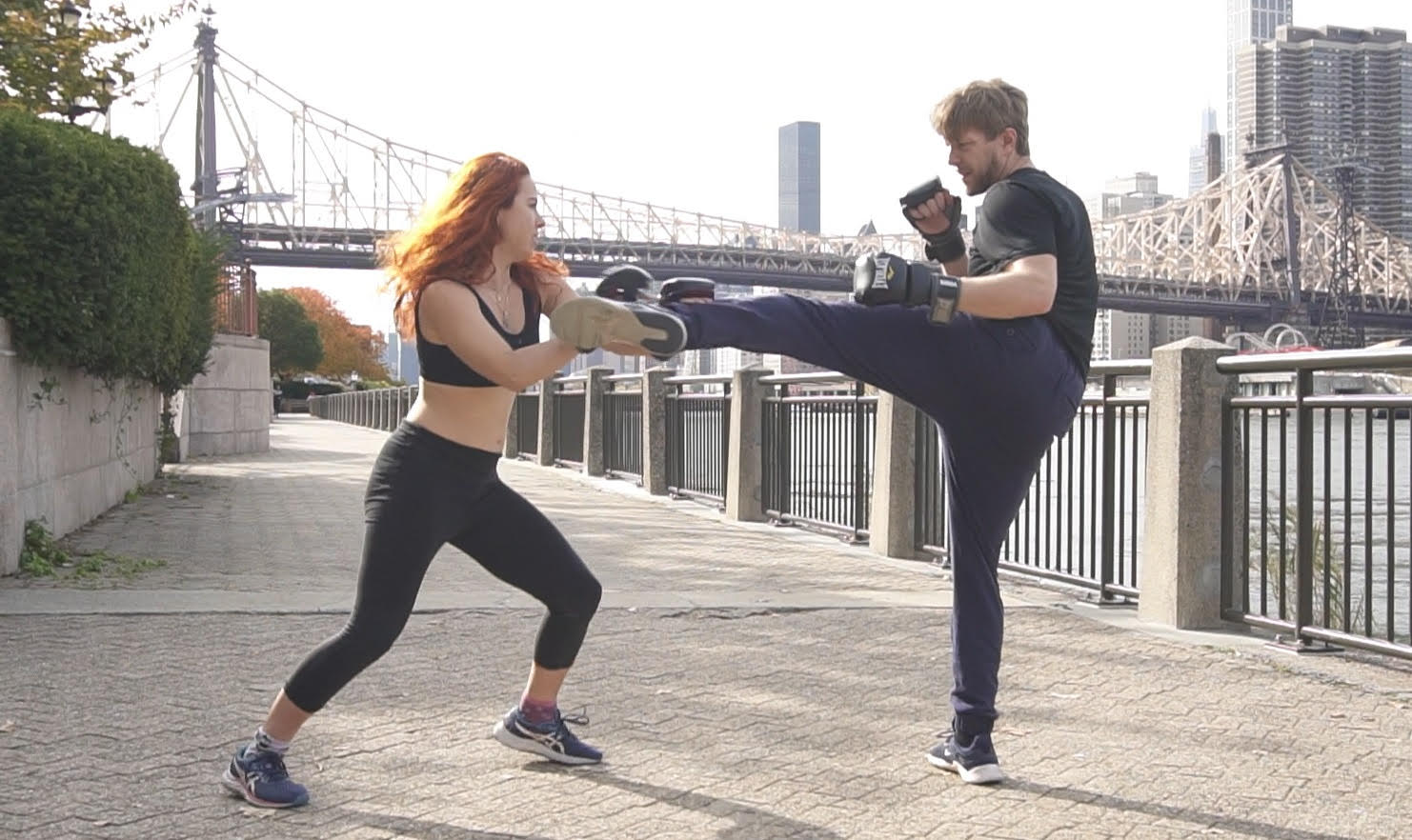 The Action Hero Academy offers some of the most comprehensive fight and action skill training available in NYC. It is the kind of training that has prepared ATC & SAGA action actors for other workshops, auditions, and of course, action-oriented roles in projects from indie films to major blockbusters.

We look forward to fighting with you!